Wow I did a lot of publishing last week. Too bad I don't get paid per word--that would be killer.
In the mean time, I created a new spreadsheet (I know, ANOTHER ONE?) That helps me manage my social media publishing schedule in accordance with when each platform is the most active. So. That should...make things more efficient.

I guess I'm frustrated and if I didn't write about frustration as often as joy, I'd be lying. I'm frustrated because I genuinely work 40 hours a week on a slow week and at the end of the MONTH my takeaway is pocket change. I'm not mismanaging my time, I'm not wasting it messing around...so what's the problem?

Read more »
Posted by Jenisaur at 7:05 AM No comments: 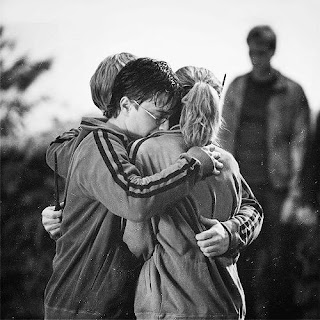 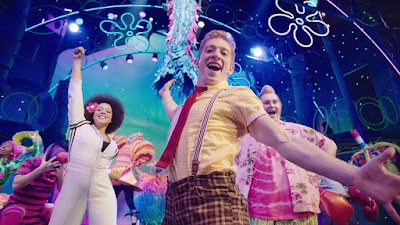 Read more »
Posted by Jenisaur at 4:00 PM No comments:

February Jams for Settling In

February is always a jam-packed month for me. I turned 30 this year! As did a handful of my friends (was May 1987 a specifically sexy time, guys?). It was also a solid month for movies. I got to see Black Panther (!!!!) and Coco (WHY DID I WAIT SO LONG??) so they each got spots on the track list. Speaking of which...

Read more »
Posted by Jenisaur at 7:00 AM No comments:

Fixation Friday: Cats are the Priority

Now that it's March I'm officially over the "settling in" phase of returning from Iceland and into full panic mode about being so close to Meet the Judges week. But that hasn't stopped me from attempting to keep up my writing chops with plenty of online publication (see below for links) about Star Wars and Marvel and reflections on Iceland.


My Reflections on Iceland continue with today's entry on sightseeing. Please enjoy the photos.

Tourism has blown up in the last few years in Iceland, ever since traveling there has become easier and less expensive. It’s not hard to see why people want to visit. The landscapes are pristine and, especially in the winter, unlike anything I’ve ever seen.

I got to see beautiful mountains and waterfalls (see above), frozen lakes and black sand beaches (see below), geothermal fountains and massive craters... everything was new and amazing to me. Every natural formation was different from what I was used to, it seemed. The sand came from volcanic activity and the greenhouses ran on geothermal energy. On clear nights, we could see them glowing orange and warm all the way across the lake in Laugarvatn.

Read more »
Posted by Jenisaur at 3:39 PM No comments: 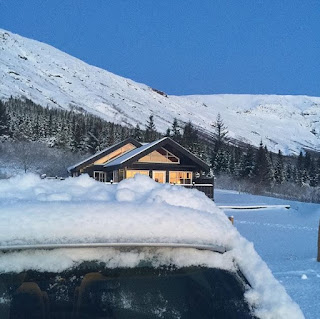 Read more »
Posted by Jenisaur at 7:26 AM No comments:

Yes, I've been home for almost a whole month. Readjusting to life at my own desk has been a little more complicated than I expected! A month away, a month to readjust. Seems fair. Anyhow. Here's what's going on here in casa de Pendragon:


Fixations of the Week:

My friends and I like to read. A lot. And we like talking about what we read. It follows, pretty logically, I like to think, that we should start a book club. So we did. This month's read was Parable of the Sower, by Octavia Butler which I didn't love. Perhaps if I had read it when I was younger, when it was "newer" to the sci fi scene and I wasn't yet burnt out on dystopian futures....or perhaps when it wasn't quite so....possible?

Read more »
Posted by Jenisaur at 9:12 AM No comments:


As it turns out, It has an unearned reputation. Pennywise the Clown is not the scary part of the book. Maybe he’s scary in the film, I don’t know, but in the book he’s only a symbol for a much bigger evil. It the creature is a glimmer or a spectre—she (yup) can change into whatever form she needs to, and Pennywise is her friendly shape, to lure children to her den. So let’s start there—clowns have been destroyed forever thanks to Stephen King. I’m okay with that because honestly, they weren’t doing themselves any favors before Pennywise. Clowns can rot, but I do want more people to read It.

Pennywise is arguably not even what the book is about. The heart and soul of It is the found family created by the Loser’s Club—a group of exhaustingly brave kids. By the end of their journey together, they’re bonded in more ways than one.

Without spoiling a major emotional event of the book, I will say I read the end of It through uncontrollable tears. Movies and television shows pull at my heart strings pretty easily, but I don’t remember the last time a BOOK had me in tears. Probably The Fault in Our Stars, which was about four or five years ago now, and nowhere near as powerful.

Spoilers ahead, though it’s not a play-by-play of the book.
Read more »
Posted by Jenisaur at 1:46 PM No comments:


Andrew Keenan Bolger (Newsies, Tuck Everlasting) puts out monthly playlists on Spotify, and I really liked that idea. I decided to try my hand at it, and then write little blog posts explaining my picks on here. So that's what I'm doing. See under the cut for the full list/explanations.
Read more »
Posted by Jenisaur at 9:00 AM No comments: