Fixation Friday: Cats are the Priority

Now that it's March I'm officially over the "settling in" phase of returning from Iceland and into full panic mode about being so close to Meet the Judges week. But that hasn't stopped me from attempting to keep up my writing chops with plenty of online publication (see below for links) about Star Wars and Marvel and reflections on Iceland. 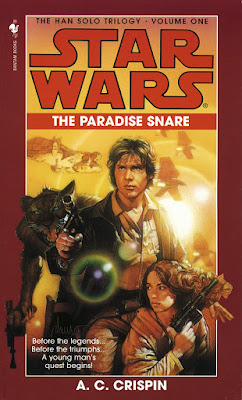 A few weeks ago, I finished reading one of the original Han Solo trilogy books, titled The Paradise Snare. The Han Solo trilogy is no longer part of the Star Wars canon, officially, since Disney took over and essentially erased the extended universe that has grown through books and television shows. However, I am a sucker for a rogue pilot, apparently (I’m also super into Poe and Anakin…), so I’ll take any Han stories I can get. That, and the fact that these books have hilarious vintage covers…

I’ve had this book on my shelf for years, but decided it was time to dive in considering the origin story film is coming out at the end of May, and I want to have as much irrelevant Han Solo information in my brain as possible. After finishing the book, I ordered the next two off Paperback Swap, and then downloaded the new Han Solo comic series on Hoopla. I devoured it in no time flat and now I’m reading Poe’s first trade on the same app. If your library has Hoopla, by the way, I highly recommend using it for books and movies/TV alike. It makes reading and finding some more indie films SO MUCH EASIER.

Rereading Harry Potter and the Chamber of Secrets

I hate Chamber of Secrets. This is not something I hide. In fact, I skip the film so frequently that when I do watch it again, I’ve usually forgotten what happens in it. But I’m also listening to the podcast Harry Potter and the Sacred Text, and I wanted to refresh my memory of the original book (which I also often skip).

While reading the book this time around, I realized how incredibly strong and resilient the female characters are, especially Hermione and Ginny. Without Hermione pushing things along, the boys would never have figured out where the Chamber is, how to get into it, or who was petrifying students. Oh and Ginny? That girl should have gone insane. She should have dropped out of wizard school and possibly the wizarding community altogether after what she went thought her first year at Hogwarts. SHE STRANGLED CHICKENS WITH HER BARE HANDS. And yet she’s back the next year as though nothing happened. And then eventually she marries her childhood crush. I knew I liked book Ginny way more  than movie Ginny, but this book really brought that to light for me. Much love for the ladies in Chamber of Secrets.

He-Man and the Masters of the Universe 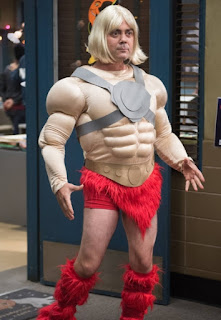 Before I left for Iceland, Jeremy and I watched the first half of the documentary series The Toys that Made Us. I was particularly interested in the He-Man episode, because of his origin story and the fact that the show was created to market the toy, and decided I wanted to check it out.

Since I got back, I’ve been watching an episode or two during my lunch break (when I take one) and it’s delightfully bad. I love it to death. The stories make so little sense, and the messages at the end only vaguely relate to the plot of the episodes, and yet, I can’t look away. I have a feeling that if I’d watched it as a youngen I’d have been cynical and hateful, but as a (kind of) adult, I’m completely into it. Major recco for He-Man and his dumb human persona Prince Adam. Also Skeletor’s crew is grossly mismanaged.

Alright. Here’s a fact about me: I hate crying. I talk myself out of it if I can. I tend to remove myself from a situation and then stand around chanting “there’s no crying in baseball” if at all possible. I bite my lip, I yell at myself in my head, I make jokes. I am a super healthy human being in touch with their emotions. This only applies, however, to real life situations. When the situations are fictional, all bets are off. Usually.

Jer and I went and saw Coco last weekend and that movie completely racked me. We were in a movie theatre full of kids and their parents, however, and I was not about to be the adult woman sobbing audibly as the children were only mildly moved by the storyline. I’m not going to spoil anything here, but it’s a movie about the day of the dead so I’m sure you can extrapolate some of what made me cry. Jer and I were both a mess afterwards, actually, but he doesn’t have the same hesitation to let his emotions show. Actually, when he, Cody, and I saw Inside Out were all misty-eyed and cracking jokes by the end of the movie because we were trying to balance the tears with, like, being functioning people again. 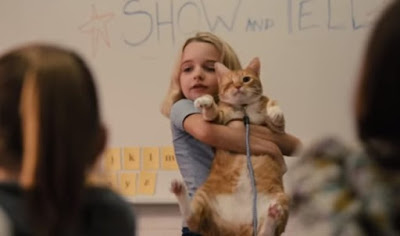 There’s one more caveat about me and crying: human drama takes so much more to tug on my heartstrings than animal drama. I don’t do animals in danger. I don’t like The Lion King. I’m not crazy about Homeward Bound. I’ll only watch Finding Nemo after the first ten minutes are over. So I sat down to watch Gifted, a movie starring Chris Evans, expecting to be completely fine. The story is that he has essentially adopted his niece after his sister’s suicide, and they live together in a quirky little half-bachelor-pad half-six-year-old-fort with their one-eyed cat named Fred. Well. Fred is really his niece’s cat.

FRED IS FINE. JUST SO WE’RE CLEAR. BY THE END OF EVERYTHING, FRED IS FINE. But he suffers a little at the hands of a rather heartless woman and I honestly LOST MY SHIT and paused the movie to force Sif to snuggle with me. I involuntarily shouted at the television about the injustice Fred was forced to endure.

Custody battle? I was fine. Dealing with a sibling who couldn’t fight off her demons? Sad, but okay. One photo of Fred at the pound instead of Mary’s loving arms? Excuse me, I have something in my eye and it’s my finger, trying to wipe away all these tears.

So I need to stop watching movies that find ways to make me cry.
In the meantime, Sif refuses to leave me alone until she’s sure I’m okay.

HQ Quiz:
This stupid app with its twice-daily live trivia game where you can win real money is ruining my life and I have to go because it’s about to go live for the 3:00 round.

Mark Hamill Finally Gets a Star on The Walk of Fame

The wind here is crazy. I'll let you know if I'm carried away like Pooh on his blustery day.
Posted by Jenisaur at 12:16 PM